Manga comics about aviation: behind the scene with Avianista creator 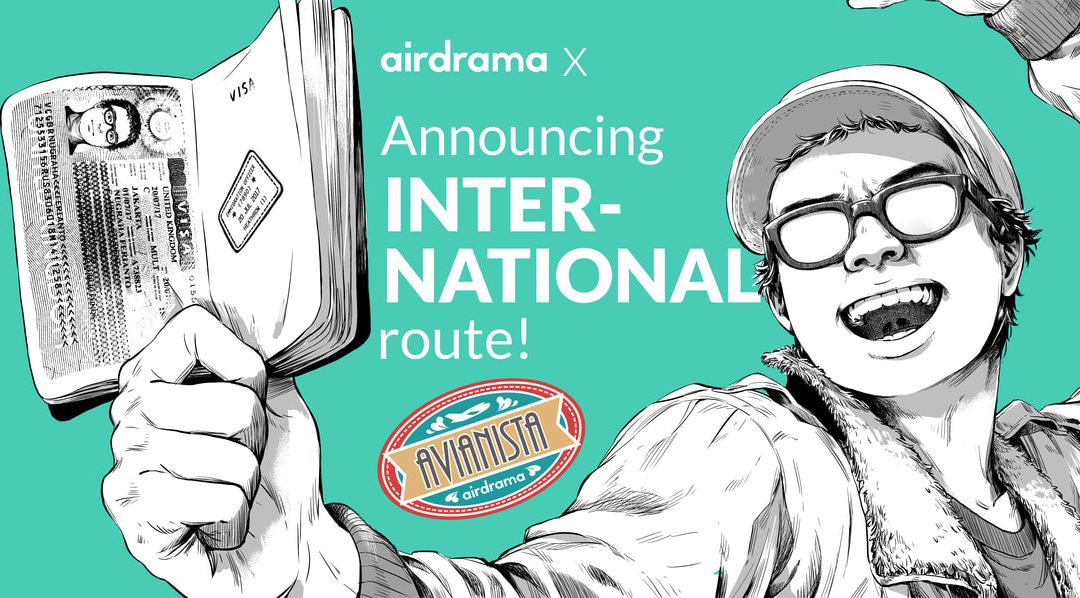 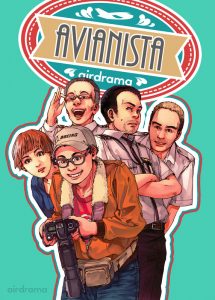 Manga Big Bang! has released a  one-shot manga comics by a special guest titled Avianista on 25th July 2017 via our Patreon site. Avianista follows the daily life of an Indonesian flight attendant Adinda, a fictional character created by writer Gerry Soejatman. This charming comic with art and story telling style similar to seinen genre in Japanese manga is sometimes comical, and at times, mellow. Manga Big Bang! editor Tiffany has interviewed the artist behind it, Rimanti Nurdarina Baga.
​
Welcome to Manga Big Bang, could you please tell us a little bit about yourself?Hello Manga Big Bang!, glad that I can be part of this exciting project with you.
I’m Rimanti Nurdarina Baga, or Rima. Jakarta, Indonesia is where I live and also the setting place I usually use in my daily life themed comic books.
In my free time, I spend my lone time going around anywhere, observing anything. Sometimes there’s always unexpected new insight that I can put into my works.
I love listening to chill indie or lo-fi musics, also some movie soundtracks. I can crouch in my bed with the lights off, concentrating on the musics by my earphones for hours just to imagine the plot of my comic characters as if they were in some epic film reel in cinema. It helps me writing the stories as close as possible to its sentimental point. Watching films definitely inspires me.
Last but not least, obviously, I put my soul in aviation, mostly the commercial industry. Nothing beats the thrill of listening airplane engines roar near me and the crazy idea of flying tons of steels to the sky.
I can talk about aviation for hours and days with anyone, sharing my passion on it, through illustrations and comic books. Oh God sorry it’s no longer ‘a bit’ anymore isn’t it hahah.
Adinda from Avianista 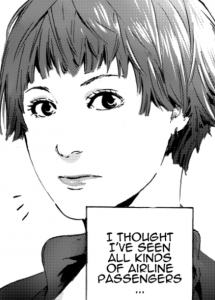 Tell us about the upcoming debut in MBB with the story Avianista:

It’s about an aviation geek and how the said aviation world reacts to him, in a very small scale, humorous banter.
Avianista is a one-shot comic book with open ending so I just leave the opportunity of continuation there.
I don’t know if I would in near future though because right now I’m putting my concentration on newer works, about aviation too, definitely.
Avianista had been published by myself two years ago during a convention, people were looking forward to my works, and now to have a chance partnering with MBB, setting Avianista off to international readers is giving me back that excitement. I feel honored to be chosen as a partner here. Let’s do our best together.

We are also very excited to be working with you Rimanti 🙂 How did you and your team came up with the idea of writing a story like Avianista?

First I need to explain about ‘Airdrama‘. It’s an alias  name I made as my works are usually within helps or participation of others. I can’t take the whole credit alone. Airdrama revolves only in aviation theme, and we focus on the authenticity, the accuracy of our works. This is to fill our educational mission as well. We have to be believable.

For this Avianista project by Airdrama team, I worked with Gerry Soejatman as writer and Fadjar Nugroho as producer. Gerry is a renowned aviation consultant that often gets invited by media, while Fadjar is a captain at Qatar Airways and he owns an educational website about commercial aviation. Avianista was intended to be a mini experimental project to test the water, on the target audience’s interest for niche genre like what Airdrama aims. The idea came straight from Gerry himself, a full fledged aviation geek. I supervised him throughout the story building. Fadjar helped on the publication for a major pop culture convention at Jakarta.
We printed Avianista for only about 125 copies and it was sold so fast like a hot cake, we could barely sell anything by the 2nd day over 3 days long convention. We totally didn’t expect that. Even after the convention ends, people were still demanding for reprints but we never had a plan, put aside the cost itself. A year after, we decided to make it free for read through our Facebook page. People shared it like crazy and we recognized that our target audiences are totally there.
Now, with MBB, we’d like to see how our Avianista flies in the ‘international airspace’. We definitely hope for a smooth flight ahead. 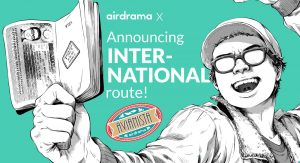 Which places would you like to visit/ have visited?UK, London. Then to Brooklands Museum, meeting Concorde. The.Most.Beautiful.Airplane.Ever.Period. Would love to have a chance attending the events.
There’s also one in Manchester at Duxford Museum. Not to forget meeting the MBB team hahahah.
Toulouse, France, for Airbus and Seattle, USA, for Boeing. For leisure, I’m dreaming about Santorini, Greece. I love all those white and blue combinations.
Honestly I’ve never been to many countries but I could frequently visit Singapore for a good, long walk around, feeling the city vibes.
I wish I can travel more to various places.

Any word for your fans and new readers?

If you are a fellow aviation geek, you’ll enjoy this comic, and if you are an airline crew, you’ll know the feeling of being weirded out by an obnoxious pax.
Even if you are totally not having a single clue about flying tins, you can still follow the drama while ‘subliminally’ being taught about aviation hahahah.
Avianista is not a long series but we’ll keep working on some much more exciting new stories about aviation for everyone. Meanwhile, please enjoy the curious adventure of ‘avgeek’.

Thanks and welcome to Manga Big Bang!